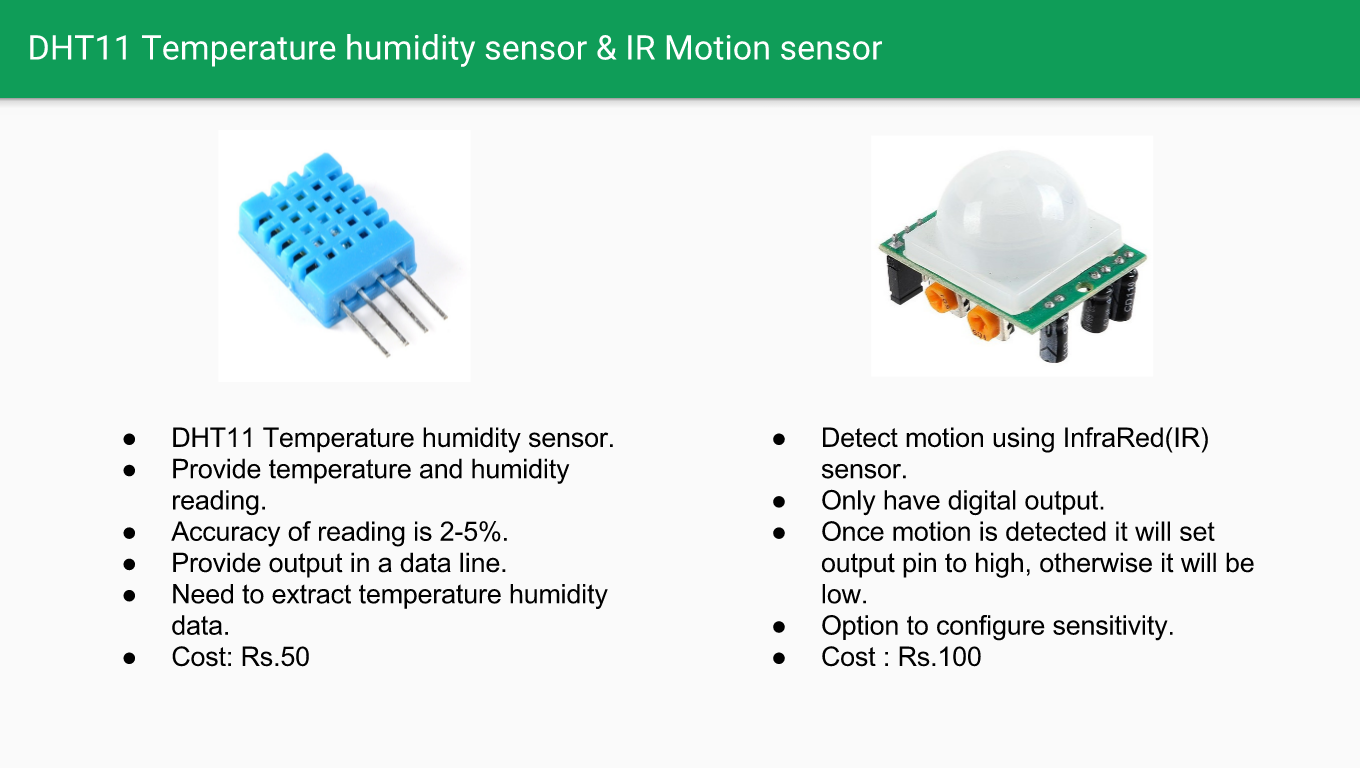 Controlling these sensors and LED Strip is done by a background PHP script. this script as similar module connect to server through websocket to send data.

LED strip is used as backlit for magic mirror. For changing color we have to use LED strip with separate diodes for Read, Blue and Green. Here i have used 5050 LED strip which have separate connections for Read Blue and Green. By varying current through each of these channels, we can control brightness of each color, thereby creating any color.

This produces while implementing color change with Raspberry Pi. First one is the main voltage difference between Raspberry Pi GPIO pins and LED Strip. Raspberry Pi GPIO have 3.3voltage while LED strip requires 12V. This is archived by using TIP120 Darlington transistor. Which actually allows to control the flow of current from emitter and collector by varying base voltage. So base will be connected to GPIO pin and emitter will connected to led strip. Same setup is required for 3 color channels. 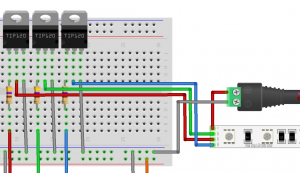 Another challenge is output different voltage level son Raspberry Pi GPIO pins which connected to LED strip. Raspberry Pi does not allows to output different voltage levels, only thing we can do it switch on/off GPIO. The solution is to use PWM(Pulse width modulation). By switching on and off at very high rate we can produce low voltage effect on GPIOs. There lies another problem, there are two ways to implement PWM on GPIO, Hardware GPIO and software GPIO. Hardware PWM is established using hardware cycles which does not cause any additional microprocessor usage. But software PWM established using software cycles, which causes additional processor usage and power conception. unfortunately Raspberry Pi have only one GPIO(GPIO18) which uses hardware PWM. We have to use software PWM on other two GPIOs. Once solutions is to use PWM modules which reduces this overhead from Raspberry Pi 3.

Once background PHP process received command from server to change color though websocket, it first decode the color value. The server send color value as hex code (Eg:FF1532). This will get decoded into respective RGB values each ranging from 0 to 255. The lower the range of color we use, lower will be processor conception by software GPIO. Once color code is decoded which will then send to respective pins to start PWM.